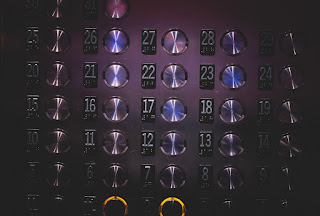 Elevator speeches. You have 15 floors to get out what your project is all about. So here’s my elevator speech from my summer’s project:


In Re-form: Building an Alternative Kingdom Community in an Era of Differences we will uncover the wonder of becoming God’s alternative community. A community that gives the world a taste of things to come for God’s glory.
Posted by Larry Doornbos at 2:38 PM No comments: 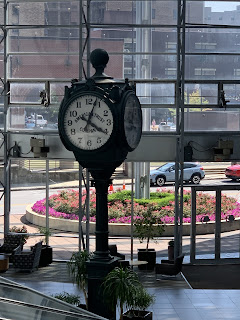 So now to editing...
Posted by Larry Doornbos at 4:14 PM No comments: 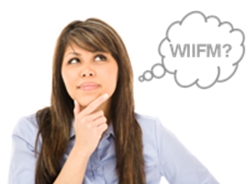 When we started this journey of creating a kingdom community we noted: “God’s glory and honor must be at the center.” It is impossible to create an alternative community with people who have an WWIFM (What’s In It For Me) attitude.
This is especially true in Sunday worship. The central purpose of worship is God’s glory. “God alone is the center, the primary subject, object, purpose, and agent in worship.” (Kaemingk)
God calls us to meet with him; the ruler of all. He calls us as our Father King.  He calls as he who rescues us and the world. He calls, we respond to his call.
What does this mean?
Worship where God is at the center is one of the few activities in our self-centered culture that has built into its purpose to take us out of the center.  In worship we are not the purpose—our fulfillment and actualization are not the end. Instead we experience what it is like not to be the center of the universe. (Witvliet)


When our focus is on God’s glory we take steps toward being a kingdom community.
Posted by Larry Doornbos at 10:28 AM No comments:

Shaping the Dream by Listening 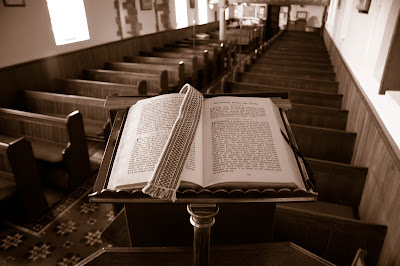 Three weeks ago we spoke of how God shapes his alternative community using the Marks of the Church (Word, Sacraments, Discipline)  https://gettingdusty.blogspot.com/2019/06/shaping-kingdom-dream-god.html. In the “Mark” of the Word I mentioned that it is not just the preaching of the word that matters, but the hearing of the word. If the alternative community is going to be shaped we have to listen and put into practice what we hear preached.
Dietrich Bonhoeffer wrote,
Because the word is Christ accepting men, it is full of grace but also full of judgment. . . If we ignore the spoken word of the sermon, then we ignore the living Christ. There is a sacrament of the word.
This is far more than most us imagine when we hear a sermon. It calls for far more investment in hearing, discerning, and then applying the message to our lives than we typically do. It’s also an often overwhelming call on the minister to study and prepare a message that reflects God’s heart in the text.
Scott Hoezee in his book Why We Listen to Sermons reminds us as we come to worship:


When we listen, God shapes his alternative community.
Posted by Larry Doornbos at 9:32 AM No comments: 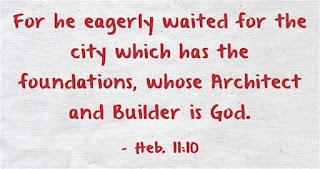 “By faith Abraham, when called to go to a place he would later receive as his inheritance, obeyed and went, even though he did not know where he was going. By faith he made his home in the promised land like a stranger in a foreign country; he lived in tents, as did Isaac and Jacob, who were heirs with him of the same promise. For he was looking forward to the city with foundations, whose architect and builder is God.” (Hebrews 11:8–10 NIV11)
Followers of Jesus are looking forward to the city of God (Revelation 21, see Saint Augustine). As we look forward to this city we discern some things in the political/nation realm:

Posted by Larry Doornbos at 8:43 AM No comments: 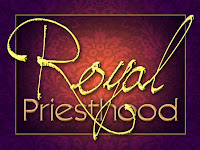 ...you are a “chosen race; a royal priesthood”; a holy nation; a people for God’s possession. Your purpose is to announce the virtuous deeds of the one who called you out of darkness into his amazing light. Once you were “no people”; now you are “God’s people”. 1 Peter 2.9-10a
We are God’s people. We are his holy nation. We are his royal priesthood. Therefore we are citizens first of all of God’s kingdom. We take our cues for life, liberty and the pursuit of happiness from God’s kingdom. This has a profound impact on our our  involvement as the church in the U.S.
As a royal priesthood that brings God to the world we tell:


Declaring these things and believing them powerfully shapes our lives both in and outside of the political arena.
Posted by Larry Doornbos at 11:05 AM No comments: 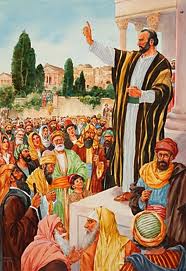 God calls his church as an alternative kingdom community. She is to live out the reality that Jesus has ushered in a new order of the ages (novus ordo seclorum). How does the church do this, where is the training ground to become this community?
The answer surprises some. The training ground is rooted in the Marks of the True Church. The Belgic Confession (16th Century) names three marks:
-  preaching of the gospel
-  administration of the sacraments
-  the practice of church discipline
God shapes his alternative kingdom community first through he preaching of the Word (and as Calvin pointed out the listening and applying to life of that word by the hearer-more on that next week). God through his Spirit has been shaping the community this way for some 2000 years. Indeed, it is when the people of God gather as a covenant community that the Spirit comes in a particular way to enliven and empower the Word. Scott Hoezee in his wonderful little book, Why We Listen to Sermons reminds us,
...if Pentecost itself is any indication, it would seem that the Holy Spirit has long chosen preaching as the Spirit’s primary way to get the gospel across to the world, because once that Spirit was poured out on the apostles, the very first thing that happened was that the apostle Peter preached a significant sermon. That sermon is the first of more than 24 sermons that form the backbone of the Book of Acts. Preaching...has been with the church since the get-go. It is how the Spirit works.


As the Spirit does its work Calvin tells us that the preacher “vanishes” (God centered, not preacher centered preaching) and the Word stands before us.

So God builds his alternative kingdom community.
Posted by Larry Doornbos at 7:55 AM No comments: 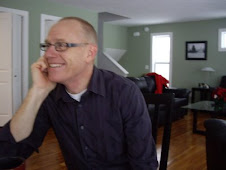 Musings of a Bible Nerd